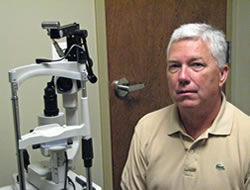 Dr. James Freshwater is a native of North Carolina. After high school he enlisted in the Navy for six years. He attended undergraduate school at Elon College, and graduated in 1984 from Southern College of Optometry in Memphis. While in optometry school, he did externships in a private setting at Womack Army Hospital in Fort Bragg. He then practiced for three years in Northern Virginia while serving in the army medical corps. Their family has lived in Clemmons since 1991. 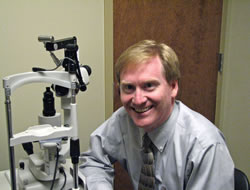 Dr. Tim Jameson is from St. Petersburg, Florida and graduated from Brigham Young University with a B.S. in Microbiology and a minor in German. While at BYU Dr. Jameson met his wife Laurie, who was born and raised in Greensboro (hence their current residence in the triad). He received his Doctor of Optometry from the University Of Houston College Of Optometry in 1993 and has been practicing optometry in the triad since 1993. He completed externships at the Veterans Administration hospital in Bay Pines, Florida and at St. Luke's Cataract and Laser Institute, a prominent ophthalmological referral center in Tarpon Springs, Florida. Dr Jameson continues to enjoy his involvement with Dr. Freshwater in a program which offers free eye exam and services to children who otherwise would not have the opportunity to obtain these services.

Patients are seen on an appointment basis for all services.

We will see emergency cases at any time. 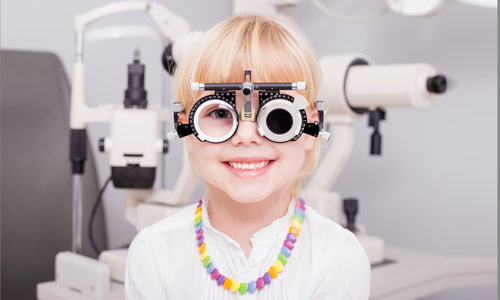